Who Me? How To Deal With Defensive People. 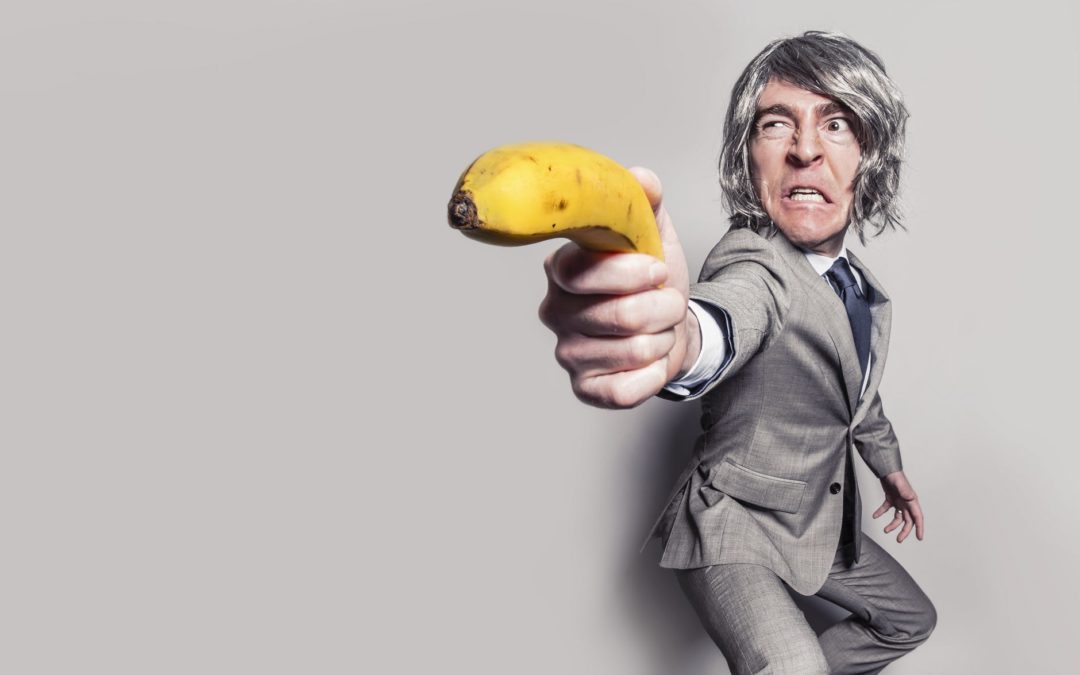 A co-worker responds with anger whenever someone disagrees with him. A husband retreats into silence whenever he gets into an argument with his wife. An employee buries her boss in piles of irrelevant information whenever she is asked a question.

These behaviours might appear different, but they’re all just variations of the same problem – defensiveness.

Additional forms of defensive behaviour include habitually claiming “I already knew that”, when corrected… rationalising or explaining away every misstep… or chronically making fun of others to deflect criticism from oneself. Defensive people believe that their reactions protect them from outside attack. In fact, defensive people are unconsciously trying to shield themselves from their own doubts about their significance, competence or likeability. We all get defensive sometimes and to some degree, but most of us learn to limit our defensive tendencies. Those who don’t curb their defensiveness make life difficult for themselves and those who live and work with them. Their chronically defensive behaviour promotes conflict and divisiveness… encourages rigid thinking that stifles creativity… and brings out the defensiveness in others. Here’s how to control your defensiveness – and better deal with the defensiveness of those around you.

The best way to blunt other people’s defensiveness is to not become defensive yourself, even when provoked (more on that later). If you start to get upset, remind yourself that this person’s defensiveness is rooted in his/her insecurities and has little to do with you. Arguing back will only make the person more insecure. Instead…

BE A GOOD LISTENER

After the emotional moment has passed, offer the defensive person a chance to speak with you about the situation that led to the defensiveness. During the conversation, resist the urge to evaluate, criticize or suggest. Just listen intently, and take both the words and emotional content into account. Every now and then, summarise what you’re hearing to make sure you understand – and to make sure the person knows that you’re really listening.

Example: A co-worker is upset with you because you criticised her proposal in a meeting. Rather than defend your position, listen to what you co-worker has to say, then summarise – “You felt I misunderstood your recommendations” or “You were embarrassed in front of your colleagues.” By listening, you help the defensive person feel understood and accepted, easing his insecurities and making future defensive reactions less likely.

CHANGE THE WAY YOU ARGUE

Try “interest-based negotiation.” With this strategy, your first goal is to state your opponent’s underlying interests to his satisfaction. Your second goal is for him to do the same for you. Only then do you start proposing solutions. This creates an atmosphere of understanding that makes defensiveness less likely.

Example: I once mediated a labour strike in which the union insisted on a 7% raise, though the union leaders knew that management couldn’t go past 4%. The discussions became adversarial. Through interest-based negotiation, management learned that the underlying goal of the union negotiators was not the 7% raise itself, but to make good on a promise they had made to their members to deliver a 7% raise. The parties agreed to a 7% raise for six months of the year, the equivalent of a 3.5% annual raise, which was within management’s budget. Union members were happy with the 3.5% increase overall and pleased to have the negotiations resolved.

MANAGING YOUR OWN DEFENSIVENESS

The most difficult step in overcoming defensiveness in yourself is acknowledging that you are indeed defensive. You probably consider your responses to perceived criticisms to be rational and justified when they occur. Reconsider them after the moment of confrontation has passed. Do they still seem appropriate, or were they unwarranted and unhelpful? If you’re not certain, ask your spouse or a trusted friend – and try not to get defensive at the reply. If you feel you tend to be defensive, identify the form your defensiveness takes. Are you belligerent? Uncommunicative? Overly talkative?

Other warning signs of defensiveness: Tightening in the gut… general sense of paranoia… adrenaline rush… feeling that you lack allies… a sense that you have been personally rejected, though the subject under discussion is only tangentially related to you. To cut off defensive reactions. Intercept the physical symptoms of defensiveness, such as rapid, shallow breathing and a quickened pulse. It will be easier to alter your behaviour if you can alter these physical reactions. Head to the restroom and splash cool water on your face… take a short walk to calm down… or if there’s no time for a break, take a few long, deep breaths.

If your mind is telling you, “This guy is out to get me,” or “She doesn’t think I’m very smart,” you’re likely to become increasingly defensive. Respond to negative thoughts with positive self-talk.

Examples: “I know this is difficult, but I can get through it”… “They’re entitled to a different opinion”… “If I listen carefully enough, maybe I can learn something.”

Develop a reaction appropriate to your particular form of defensiveness. If you tend to flood others with information when you feel attacked, force yourself to remain quiet for a full minute. If you tend to shut down, push yourself to say something. If you counterattack when you feel confronted, take a few deep breaths and find something that you can agree with in what’s being said.

There are times when we must defend ourselves against verbal attacks, but these times are rare – and knee-jerk defensiveness isn’t effective anyway. Defensive reactions make us feel temporarily better about ourselves but rarely pain us or our opinions in a favourable light. Defensiveness provides no defence – it only makes us seem less credible.

Ready to master your defensiveness? Check out the Radical Collaboration program or Contact Us to start a conversation.

This article was originally published by Jim Tamm at RadicalCollaboration.com

Jim Tamm is a former judge and an expert in building collaborative workplace environments, with 40 years experience in the field of alliance building and conflict resolution. As a Senior Administrative Law Judge for the State of California for 25 years Jim mediated more than 1,000 employment disputes.

There are no upcoming events.