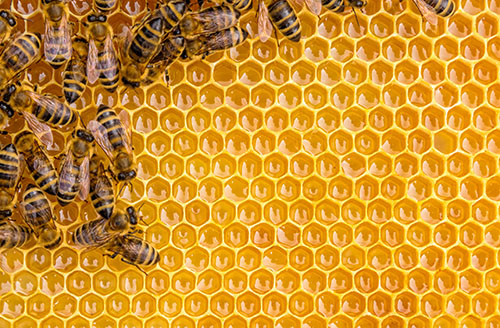 When too many people in a company lack collaborative skills we call it a Red Zone organization, which is a very low trust, high blame, unsupportive workplace. People in the Red Zone are more guarded, cynical, and suspicious. They are less open, so it is more difficult to solve problems. They avoid risk taking because if anything goes wrong someone will get blamed, so creativity suffers.

Life is painful in the Red Zone. As a result, Red Zone organizations need to pay employees more because they’ll leave at the first better offer. For an individual, a Red Zone mindset is a career killer. Nobody wants to work with a jerk, even if you are the most competent person around.

An opportunity for HR

Simply put, Red Zone behaviors and attitudes cost organizations a huge amount of money and lost productivity. This presents Human Resources executives with a unique opportunity to have a direct positive influence on a company’s bottom line. Considering the common complaint that HR is far too often a drag on the bottom line, it is an opportunity that doesn’t come along very often and shouldn’t be ignored. Turning around a Red Zone company, department, team or individual will eliminate a big problem and make you a hero.

It turns out that teaching five essential collaborative skills transforms Red to Green. In Green Zone organizations there is high trust and low blame. People are more open and honest and much better at problem solving because they are willing to deal openly with difficult issues. Creativity soars because people are willing to take risks. If something goes wrong, the discussion centers around what they can learn from the experience rather than whose head will roll.

Research shows that in the long term, Green Zone companies outperform Red Zone companies in terms of income, profit, employee retention, expansion, and for publicly held companies, stock price. Conflict in almost 100 different organizations was reduced by 67%. Trust increased, communications improved and problem solving was much more effective. In a six-year follow up study of participants from nine different countries, people were 45% more effective at getting their interests met. That effectiveness goes straight to a company’s bottom line.

If you want to create a more collaborative Green Zone environment throughout your company, or build more collaboration between HR and your clients, or if you simply want to boost your own career by increasing your collaborative influence, here are five skills guaranteed to make a big difference.

Staying non-defensive and making a conscious personal commitment to seeking mutual gains in your relationships.

This is the ability to stay in the Green Zone when your relationship hits a bump, or someone makes a mistake or does something unexplainable or confusing. Jim Tamm is a former Judge and founder of the Radical Collaboration program. In one of Jim’s mediations, a boss was facing a hostile employee who was shouting at him for something the boss had done. Instead of getting defensive and attacking back or pulling rank, the boss was able to diffuse the situation by calmly responding, “John I can see that you’re upset. Can you tell me more about this and help me better understand what’s upsetting you. Then let’s work together to figure out a good solution.”

The boss’s response was very counter-intuitive; he wasn’t defending himself, he was staying in the Green Zone and asking for more information. When the employee started feeling heard, his demeanor changed and he moved from anger to problem solving. The key to staying in the Green Zone is remaining conscious of building mutual success and paying attention to your own blind spots.

It is impossible to solve problems if people aren’t willing to talk about them.

Committing to both speak and listen to the truth, and being able to create an atmosphere where it feels safe enough to raise difficult issues.

The level of trust in any relationship is determined to a great extent by the amount of truth being told. I’m referring to the ability and willingness to tell other people about what is going on inside of you, i.e. being more self-disclosing. Telling the truth about yourself requires a combination of awareness, honesty and openness and it is far more effective than telling other people what you think is true about them.

One of the most important things you can do to improve the effectiveness of any organization is to increase the level of openness. It is impossible to solve problems if people aren’t willing to talk about them. Jim shares that he has had more than one employee complain to him in private during mediation that they feel insignificant in the way the boss treats them, but they don’t wanted him to share that information with the boss.

It’s pretty common for an employee to complain to HR about someone else and then add, but please don’t tell them I said that. Without a willingness to be more open, problems stay underground and leak out in unpredictable ways. Because others don’t understand what’s going on, they often make up stories and waste valuable time. When people withhold information because it doesn’t feel safe, it can have a horrible impact on any organization.

Creating an atmosphere of truthfulness also requires that people listen better. Listening is not simply shutting your mouth, but that’s a great place to start. The two jobs of the listener are to create a safe environment for the speaker and to help the speaker feel understood. Continually summarize what you are hearing and feed it back to the speaker, checking for understanding about both the content and the emotional tone of the communication. When that happens, speakers report that they share much more information, are more articulate, and tend to like the listener.

The most effective thing people can do to feel more empowered is to change their belief system about how much choice they have in their lives.

Understanding the choices we make through action or inaction, and taking responsibility for both the intended and unintended consequences of those choices.

Jim has mediated more school labor strikes than any other person in the United States. Two comments he has heard from both sides in just about every strike are: “They didn’t give us a choice,” and “They made us do it.” What nonsense!

Most people believe, mistakenly, that their choices are narrow. People have more choice than they think. Many people forfeit choices without realizing that not choosing is also a choice. The way people make little decisions is a reflection of how they make bigger ones. The most effective thing people can do to feel more empowered is to change their belief system about how much choice they have in their lives. Beliefs that we have a lot of choice can mobilize people, while beliefs that we have little choice will paralyze people. A sense of influence over our own lives also makes undesirable events less demoralizing.

Taking responsibility for our choices means both the intended and unintended consequences of our actions. Many people act as if they’re not responsible for the results of their behaviors if the outcome is different than they intended. They judge others by their actions but themselves by their intentions. That attitude is not very accountable.

What Jim and his team have found to be helpful in getting people to be more accountable is having them reflect on situations they are not happy with, ones where they tend to blame others for their circumstances. Then ask them to review the situations without self-judgment or self-blame to see how they contributed to it. What choices were available to them, whether through action or non-action? When people see that more choices were probably available, they start taking more responsibility for future actions. Even if their choice is to not do anything differently, they usually stop complaining about the situation. Workplaces high in accountability are low in whining and sniveling-and think about how much easier that would make life in HR!

Committing to know yourself deeply and showing a willingness to deal with difficult interpersonal issues.

Whether you want to improve a single relationship or change the culture of an entire organization, an important step is to increase people’s self-awareness. The ability to make effective choices and live an authentic life depends to a great extent on a capacity to be self-reflective. If people do not understand their own feelings, fears, values, intentions and patterns of behavior, their lives can be like corks bobbing on the ocean with no sense of control over their own destiny. Such travelers will always be a little puzzled about how and why their lives unfold.

The area of self awareness that has the greatest return on investment for a company is helping people become more aware of their own defensiveness. Defensive Red Zone behavior is a poison pill to relationships and an eventual career killer. Defensive people are inauthentic and other people don’t trust or like them. Some common examples of defensive behavior are blaming and shaming, sarcasm, demanding to be right, playing “poor me,” hearing only what you want to hear, all-or-nothing thinking, and withdrawing into deadly silence.

Defensiveness is unconscious behavior that undermines our ability to be in relationships and work well with others. Because it is unconscious, we often don’t know we’re being defensive until after the fact. When we get defensive, however, we’re not defending ourselves from other people; we’re defending ourselves from painful feelings inside ourselves that we don’t want to feel. These feelings usually have to do with fears about our lack of significance, competence or likability.

People can self-correct defensive habits by becoming conscious of them and then developing an “early warning system.” By knowing their own particular signs of defensiveness, they recognize when they’re becoming defensive, then they can immediately implement an action plan. They should literally slow down by taking a break or a short walk-or, if they’re in the middle of a conversation, even taking a couple of deep breaths. Tune in to any negative self-talk, such as “I can’t handle this,” or “they’re out to get me,” and change it to something more positive, like “I don’t like this but I can handle it.” Slowing down and taking a step back goes a long way toward changing defensive behaviors. Finally they should take action to moderate their particular defensive behavior. If they are flooding people with information they can become quiet for several minutes, gather their thoughts, and then make a point without being defensive.

Skillfully negotiating your way through the conflict that is inevitable in any long-term relationship.

If your relationships don’t bump up against some conflict every once in a while, you’re either in very boring relationships, are in complete denial, or are overly medicated. Even the most collaborative, self-aware, accountable, non-defensive, truth-telling people will have a difficult time building collaborative relationships if they aren’t skilled at negotiating.

A negotiating process called the Interest-Based Approach builds relationships rather than undermining them. It has proven effective in business, politics, family relations, environmental disputes and even international peace negotiations.

True collaboration begins inside the individual and works its way out into organizations. By concentrating on these five skills, people will not only become personally more effective, they can have a big influence on the effectiveness of their company or organization.

Ready to shift yourself and your organizatoin from Red Zone to Green Zone? Check out the Radical Collaboration program or Contact Us to start a conversation.

This article was originally published by Jim Tamm at RadicalCollaboration.com

Jim Tamm is a former judge and an expert in building collaborative workplace environments, with 40 years experience in the field of alliance building and conflict resolution. As a Senior Administrative Law Judge for the State of California for 25 years Jim mediated more than 1,000 employment disputes.

There are no upcoming events.